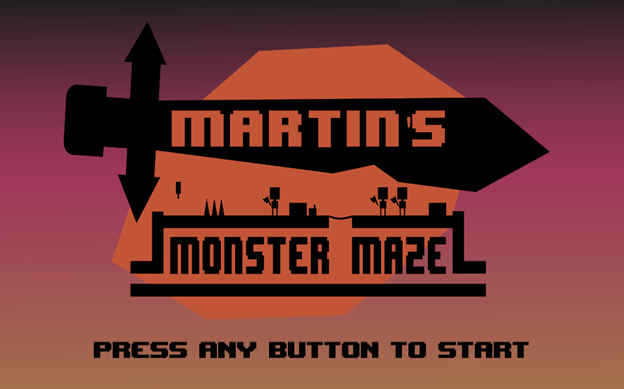 Hello! My name is Quoc. Alterego Games gave me the opportunity to make a small but enjoyable game. The requirement was that it had to be playable on WebGL. They have given me the freedom to design the concept myself. I soon realized that I wanted to build a game that included combat. I have been inspired by titles such as The Legend of Zelda and Mystic Heroes, games that I played as a child. After writing down a number of ideas, I decided to go for a hack and slash game.

Prior to continuing, I would like to thank Kim Klooster for creating the 2D art for this project. She is a co-intern at Alterego Games who focuses specifically on 2D art.

Martin’s Monster Maze is a game where you fight your way through a dungeon. The game was designed to be relatively simplistic in terms of gameplay. The player has a sword and a shield. You can use the sword to attack and the shield to block. The combat is about anticipating incoming attacks and reacting at the right moments. Observing the different types of enemies and their behaviour is important in order to beat the game. After testing multiple perspectives, I eventually decided to apply a top-down perspective. This fitted the best with my vision for the game. For the game I have chosen a simple art style that suited the simplicity of the gameplay and yet has charm. As for the music I ended up choosing a couple of tracks that each support the feel of a specific phase in the game. During certain events the music is switched to create an extra dramatic effect.

In the making of the game and after playtesting with some colleagues, I soon discovered that some of the ideas I had for the game, weren’t adding any value to the gameplay. One of the initial ideas was that the player could jump. After removing this feature from the game, I noticed that the overall phasing of the game felt a lot smoother. Another change in design is the replacement of icons with text. Instead of displaying a ‘key’ icon when standing next to a door, it now displays text. This has added a more adventurous feel to the game. In terms of level design, I designed the level to be linear, without it feeling this way. My goal was to make the game as interesting and exciting as possible while still having a good balance in difficulty. A lot of playtesting and balancing was needed in order to make the gameplay feel right. One of my favorite things in the game is the glowing sword. It is an epic element that I wanted to add to the game. I think it greatly contributes to the sense of progression that the player feels. I am also very happy with how the particles go together with the animations. 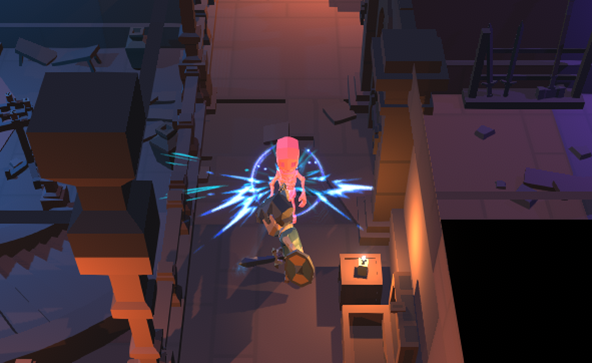 I had a wonderful time working on this project. During this project I learned plenty of new things, which I will certainly take with me to new projects. Our senior game designer has shared a lot of his game design knowledge with me. This really came in handy during the development of this game. I also had a great experience using the modular 3D assets that I had at my disposal. These assets made it easy for me to assemble the game according to my initial level design. One of the advantages of developing a game like this is that it is enormously flexible in terms of functions. You work with many topics and learn a lot while doing so. This process taught me a lot of new ways to tackle problems.

Thank you for your interest. You can play the game here! All you have to do is to click on ‘Play Game’. 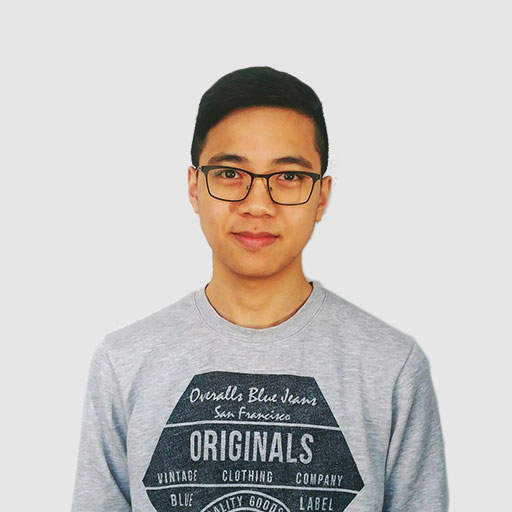