Missed our post about gameplay? Check it out here!

Discovering the story of Stuffy, Glitch and the woollen world they live in is an important part of the game. Everything is told by a narrator who speaks mostly in rhymes and sometimes comments on what happens in the game. Something is happening, and it’s up to you and two very unlikely hero’s to find out exactly what that something is.

This is where your journey starts: 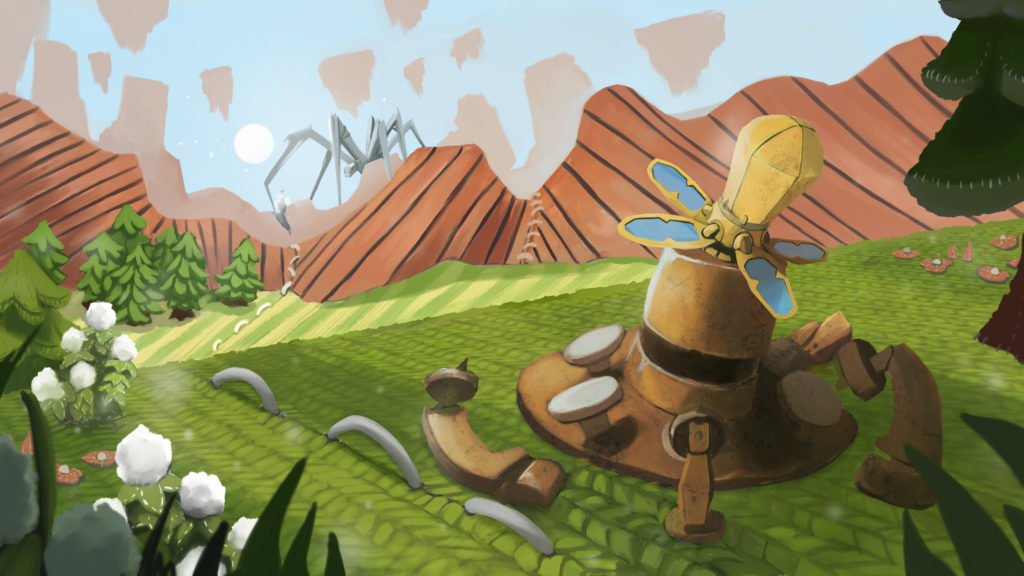 In a calm green meadow, filled with quilt and cotton, a metal firefly sleeps. He barely knows his own name. When he is accidentally woken up by a kind (but so easily distracted) creature, he finds himself in a strange world he barely understands. His last memories are of something metal, staring down at him, and now he sees a soft world of wool, seemingly at peace.
He is Glitch, and very much lost with no idea how he got here. During the game you and Glitch will discover more and more aspects of his personality. 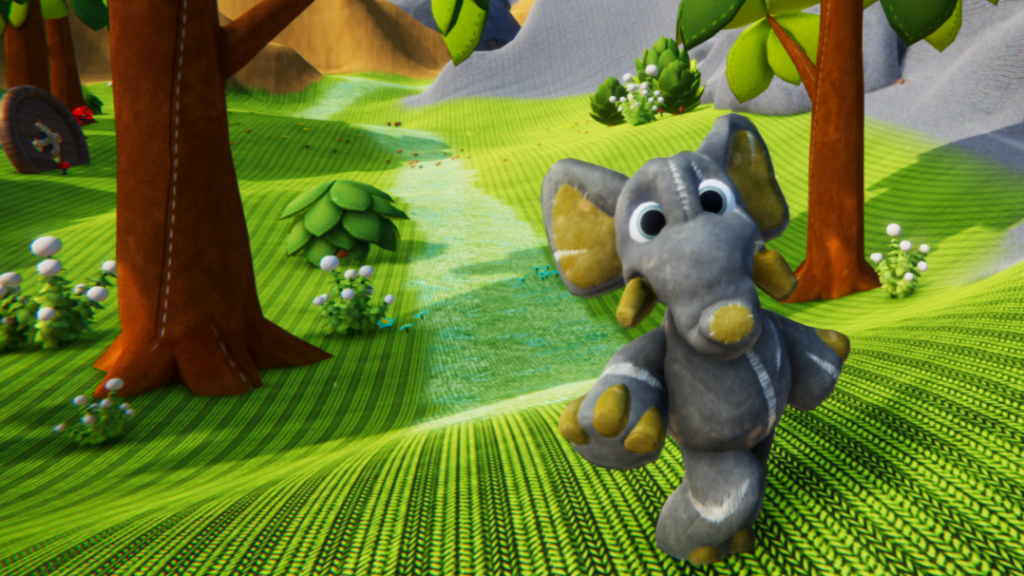 Our clumsy wanderer without a home. He wanders and stumbles his way through the knitted land in search of… well… pretty flowers mostly.
Stuffy has been alone for quite some time now but keeps himself occupied with colourful flowers, chasing butterflies and all the other important stuff of life.
During these important chases he might have damaged his woolen body a bit. So it is very good that Glitch, who is obviously a genius, knows how to operate all these knitting machines that help fix him. Glitch can even give him new shapes and colours! Very exciting.

Finding Glitch will take Stuffy on a journey quite beyond where he would have gone by himself, and give him a chance to show how brave he really is.
How did he end up on his own though? There are small machines scattered over the world that return bits of Glitch’s memory to him. These memories come in the form surges of information difficult to understand. Rhymes shrouded in mystery sometimes making no sense, but holding great worth. But one thing moves Glitch most of all; SEEING the moon.
Is his pull to the moon some sort of meaningful communication? Or just a firefly’s fascination?
Glitch wants to journey, to discover both the future and his past, but must he leave Stuffy behind to do so? 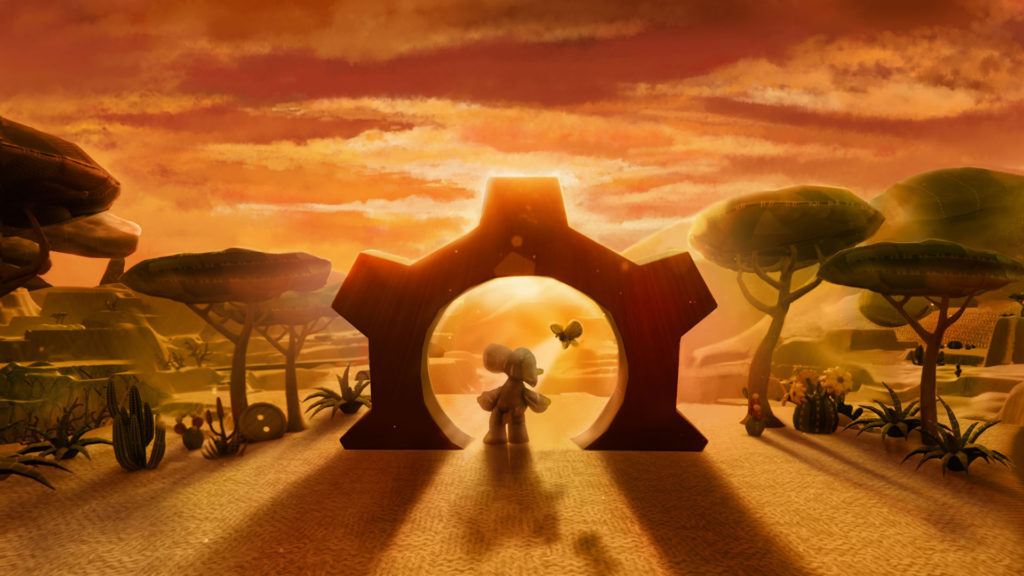 With Stuffy’s wanderlust, and tendency to stumble off cliffs, who else is better equipped to keep an eye on him then Glitch? Together they set out on a journey to get answers to the mystery that is the world of Woven.

That’s it for this update. Got some questions for the devs? Head over to our Discord channel.