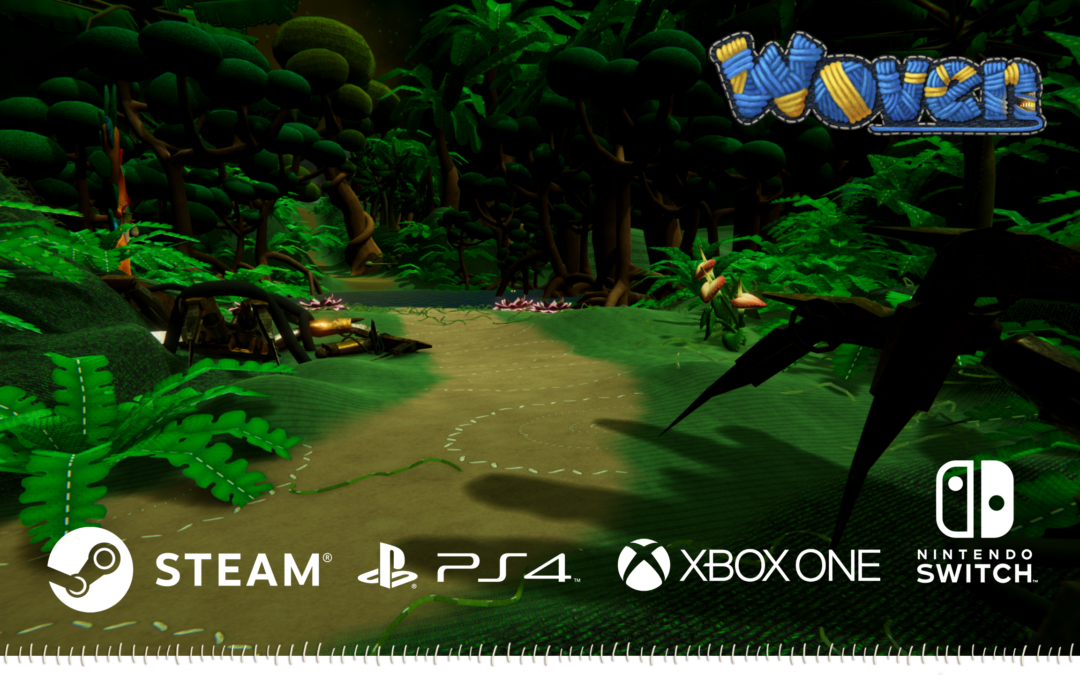 When we set out devoting the full studio towards the development of Woven at the start of this year, our aim was to launch the game at the end of 2019.
We have finished writing, creating and implementing new content over a month ago, and are now preparing for a launch this year.
And not just for PC!
We want to bring Woven to Steam (OSx & Windows), Xbox One, PlayStation 4 and Switch before the year is out.
The game will feature German, French, Spanish and Dutch subtitles to support the rhyming narration.

If you have played the Kickstarter demo, you know a bit of what you can expect in the game. A woolen world filled with knitted details, nooks and corners with hidden collectibles and a laid-back playstyle. But we’ve greatly expanded on that! We have implemented cinematic shots, added over 20 new character shapes, more then a hundred different patch colours (leather now included!), action packed moments, a full fledged achievement system and key story elements. Puzzle together bits and pieces of the story as you puzzle your way through the woolen world. Retrieve Glitch’s memories scattered all over the land and track down the caves paintings done by Stuffy’s kind. We’ve worked very hard with the creative team of publisher StickyLock Studios to create a new trailer. It shows the best of what Woven has to offer, with the voice of our new narrator.
The new visual style shines in this trailer, and foreshadows elements of the story. An epic tale of two unlikely heroes with the question: what has been happening in this once peaceful world?

Are you ready to explore a woolen world and unravel its mysteries? Start by checking out the new screenshots and trailer on our steampage!
Got Steam? Click here.
Or head to the webversion of Steam here. Maybe even wishlist the game while you are there, if you plan to play Woven on Steam!

That’s it for this update. Got some questions for the devs? Head over to our discord channel.